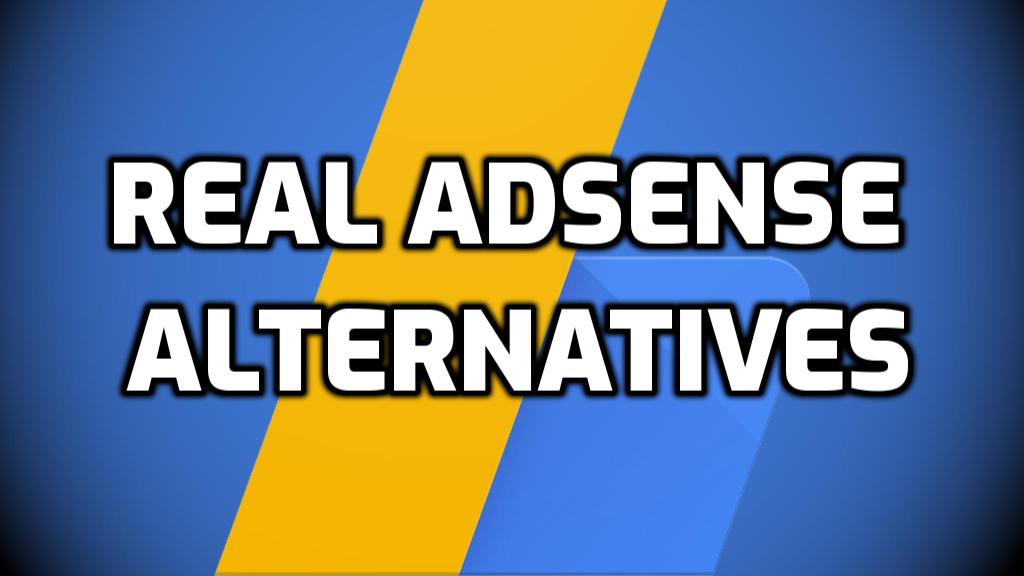 There are too many websites suggesting useless alternatives to Adsense. It seems many of these lists recommend the old boring crowd, which come with low – and then they plug their own product! Definitely an ulterior motive to their suggestions.

You won’t find that here, as I have no ad agency to push. I’m a real internet marketer who just wants to find the best contextual ad networks with integrity, who pay the highest fees.

Adsense is good, but there are contextual Ad networks paying more than Adsense. What’s called ADX is like the premium version of AdSense, but it’s not available to small and medium-sized publishers. For those to get into ADX they need to go through a ‘Google verified partner’ – these is what many of these recommendations are.

They are using what is called header bidding technology and often pit their ads against Adsense. If done correct it can generate more income. And there are some decent companies doing a good job at it.

What does an alternative need to have?

Best of the Bunch

So what are the REAL best to AdSense? And even better, what about alternatives to Adsense that pay MORE.

There are some good ones out there if you look. I get regular emails from new ad and sometimes test them. I’m sure this list will put you on a nice road.

This is the creme de la creme. They are tough to get in though, rejecting 75 percent of applicants, and also have a long waiting list. But if you get over 100,000 impressions monthly and have a quality blog – go for them.

Adthrive is a synonym for quality.

Take a look at your site individually and make ad layout suggestions which most likely will be more ads. They do like a lot of ads on pages.

But large pages are ok to have multiple ads on. Even Adsense stopped the three ad cap a while ago. Though they are picky with their acceptance – a high traffic site with mostly USA visitors is what they are after.

A revenue for a site went up over 100 percent moving to them from Adsense.

If you get rejected by Adthrive, or you don’t have enough impressions, these are the ones to go with. You will need to have 25,000 sessions. They are a good second choice.

I’ve used Ezoic for several sites for a number of years now. They have helpful and excellent analytics. Their whole system runs a dream. There’s no minimum impressions either.

You can link your Adsense account in the system, to compete with offerings to help drive up ad price.

I found higher than Adsense, due to their algorithm which tests the best ads and even the layout to find the highest . It is an upgrade on .

One criticism people have is the need to point nameservers to ezoic. I have found slightly slow down some of my sites.

I also highly recommend you enroll in their premium publishing program. I have found revenue increase around another ten percent, after paying the premium publisher fee. Just join the program and get the extra profit.

If the companies below reject you because of traffic quality, or you don’t have enough monthly pageviews, it’s really good to at least give a try. When you try them remember trust their algorithm. The company believes good user experience pushes up prices, so they are keen on giving the user a good experience.

I moved a site here recently after one of their representatives contacted me. It was a website that was sitting around but was getting around 3-4k daily visitors.

I was impressed with the for this site with ‘Value Impression’, (which was 4.5 higher than admedia.com below, when I tested the same site).

They told me that ecpm would increase over the following month and they were spot on. It started creeping up.

I’d never heard of this company until one of the representatives reached out. They also have a sleek and have a variety of terms they are willing to pay by. Even net-0 which means you are paid the day you make the revenue.

My site I gave to them to put ads on makes more than it would with Adsense.

Here are a few companies I’m testing out. Will update later once they been tested a bit. But here are there links if you want to take a look.

I want to mention some to avoid because of low bad management, or some other factors. If you don’t have the traffic for companies like or , then go for – you’ll have better time than the ones below.

These may look tasty with some sleek website design. But there claims and charm fall down when reality sets in. hey simply do not do what is written on the tin.

I keep some experimental websites with some of them, just to see if they will improve their performance. Just to keep an eye on them.

These guys may be with some excellent blog posts, but the customer support is awful. I first signed up with 1 The site around 1500-2000 users a day.  I have no idea what the monthly is or the daily amount it because the reporting is non-existent. Still every via they send 77 dollars, so in my book that is a pretty low .

I tried for over six months to get the other 2 sites but to no avail. these other two sites were better, having twice as much traffic! Sometimes my email returned no response, and sometimes I rejoiced at a response. The promise that the sites are now turned out to be just hot air. No ads ever appeared on them.

So now I just leave one site on there to keep my finger in the pie to see if they improve. I moved the other two sites onto greener pastures. I do think Adpush has potential, and I think the lack of responsiveness from customer service is more to their growth. So I’ve placed them on the avoid list for the time being. I’ll keep an eye on them as i would hope they would improve.

They just did not give very high ecpm despite claims on their website. I gave them a good shot with some high traffic sites, but the ecpm was less than Adsense. They may have worked for some people but I cannot recommend them.

I tried these guys for over a month. Maybe they are trying to call themselves a cross breed of Adsense and Media.net(?) The first day started promising getting $2.72, but as the month wore on the revenue got lower and lower. I kinda expected it.

The reviews on the internet I was checking out were very poor. Most had to do with AdMedia not paying them. Despite the red I was willing to give them a chance. Well, I wasn’t too thrilled with $2.72 on the first day but would have kept my ads on there for the rest of the year if the revenue stayed around that.

But as you can see from the image below, it got lower, and lower and lower. When it got below 0.50 a day took the ads off. I realized would take over two months to get to the minimum payout of 30 dollars.

For a site pulling in 15,000 pageviews daily – I had to jump ship, and fast! I won’t be going back anytime soon.

I had high hopes when these came onto the scene in 2010, as a real Adsense alternative. But they quickly disappointed with incredibly low , no matter what site I tried.

I think they have become the premium garbage dump place for sites to put ads on who got banned by Adsense or can’t get accepted by any other network – they are better than and many others, but there are better alternatives.

Summing it all up

So many of the recommendations above are smaller companies, and that means you get real deep help and great customer service.

So which one should go with? I think a lot would depend on your traffic.

Before you start worrying about monetization though, make sure your priority is to get traffic. Many of the ones I’ve recommended require a certain traffic level.

Monetizing a site is the last step, focus on wowing your audience with amazing content first. You can do it.